Organizing a Bridal Shower on A Budget

Let's be honest, we do not have all of the money in the world to prepare the perfect shower. But that doesn't really matter. What's important is, the bride's friends are there, they are all having fun, and the bride appreciates all of your efforts.

But if you are planning to make one for a friend who'll soon tie the knot, what are the things that you actually need?

Amazingly, I know exactly what you need! I am no professional event organizer, I just love organizing small events. Well, I got a few subjects in my college years where I took Hotel and Restaurant Management so I think that's a thing. I also have family and friends who I can ask for ideas and advice. 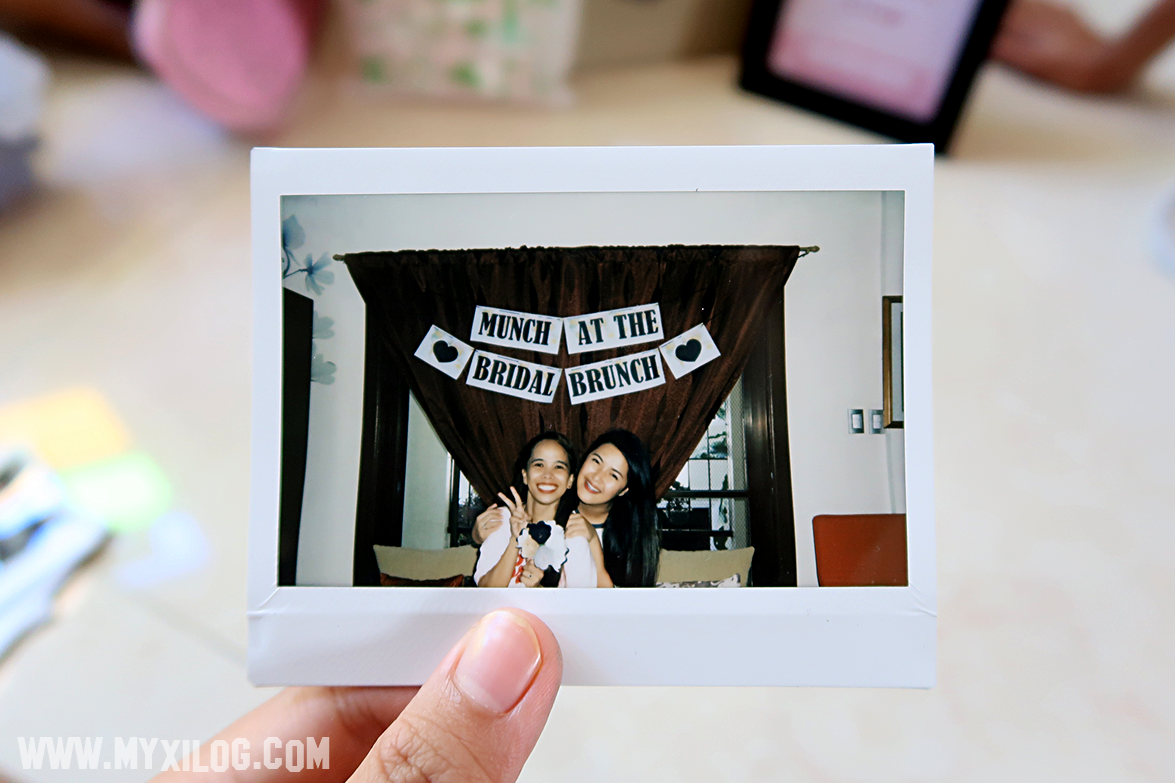 So first things first, what kind of shower are you planning to prepare? It has been traditionally all girls and known to be a cozy and fun theme. I don't know with you but, I prefer all ladies with legal age (just in case there are sensitive things or topics to be discussed). High tea, brunch, pajama parties are the most picked themes because they do not demand that much food and decorations. If you want to add costumes, you can do so, just make sure that you do not need to buy and it can just be found inside your own wardrobe. 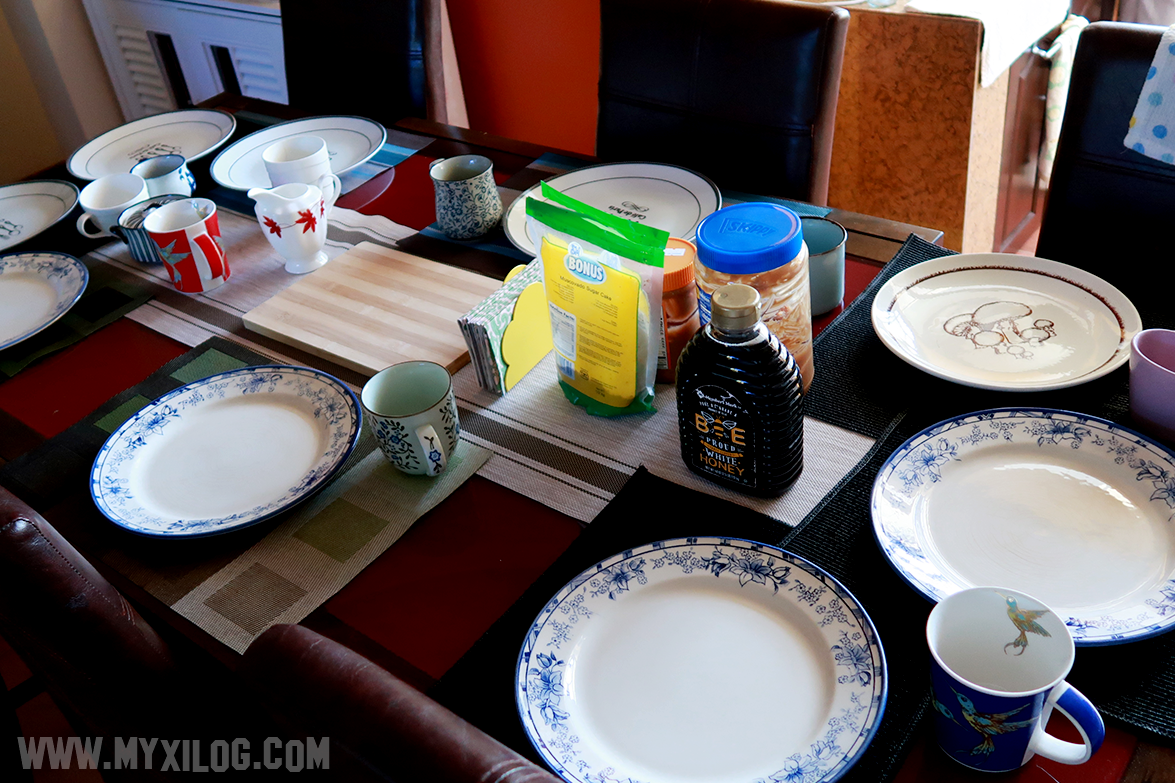 Who are the invited guests? Obviously, the bride-to-be should be number one on the list. Then you can point out those whom she is comfortable with, like her close friends, her siblings, or those who can simply afford to split expenses with you. Remember, this is a budgeted party, so you need someone to be there when your pocket needs them the most. Haha. There is where you can also see who your friends really are. Just kidding. Of course, it depends on their capacity. 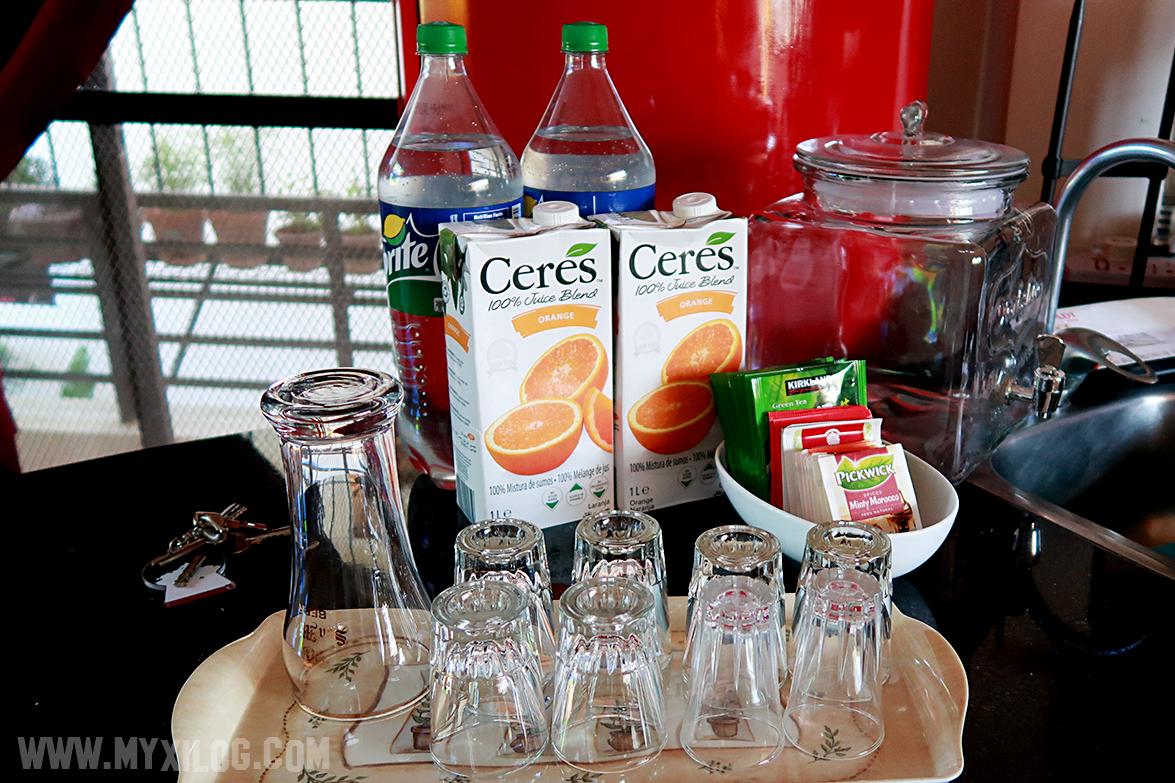 When are you going to have the shower? Somewhere before the wedding day or before the bride-to-be leaves for the wedding day. I find it best if the shower will not be too close to the date of the wedding. There are a lot of things the couple needs to finish and an unanticipated invite can be declined if things aren't in the schedule the first hand.

Lastly, where will the party be? You do not always need to rent an event place, especially when you are just a handful of people. Do you have friends that can be the host? Is there a place in your house where you can somehow fit some ladies in? Our goal is to be low-key but somehow elegant to see. Maybe adding decorations like an extra curtain, flowers or balloons.

When you got all the answers to the questions above, you can now draft your resources for the party.

For our simple shower for my friend Truce, we had a simple American brunch. The reason behind this theme was, she will be flying to the states after a few weeks. It's nice to give her a taste of what she'll be having there while she is still in The Philippines, with us! Brunch time calls at 10 in the morning with some fluffy pancakes, sugar-glazed donuts, baked eggs, hash brown, fresh fruits, coffee, tea and of course, mimosa. *grin* A lousy shirt and shorts as the costume, knowing that she is so keen on Korean fashion, and that's actually how I wake up each and every day before having breakfast, I skip the shorts by the way. Stash is common so why not give her a shirt that says "bride"? She will definitely stand out! 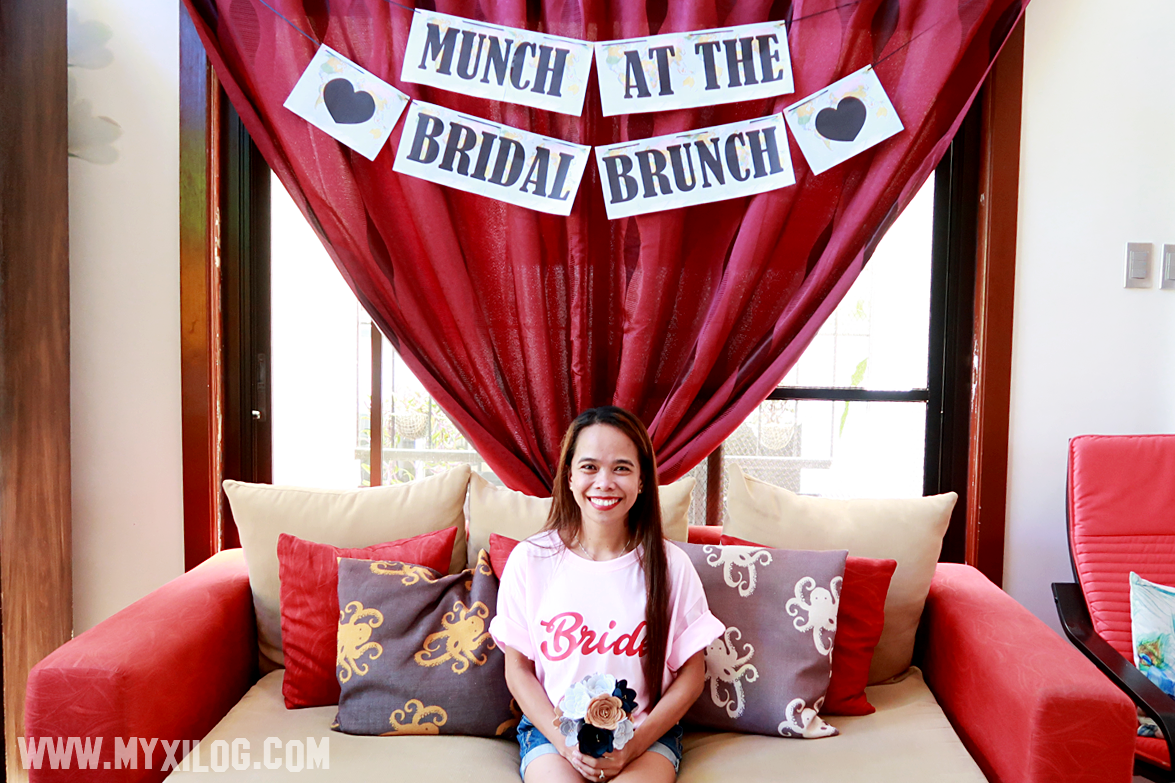 Make sure to prepare some fun games to break the ice like, Guess the Dress, Pictionary, and others. Ask the attendees to prepare some advice that they can give the bride-to-be. Finally, have fun!

Have you thrown a bridal shower before? What is your favorite theme?

Our Top 3 Airlines To Fly to Amsterdam

Although I do not consider myself as a frequent traveler, I know that I have ample experiences when it comes to flight to Amsterdam. Additionally, my husband has been out and about with flying to The Philippines and The Netherlands since 2015. With all those times combined, I have summed up my top three airlines (in random order) to fly with if you are planning to visit the beautiful country where good quality of cheese and wooden shoes came from. 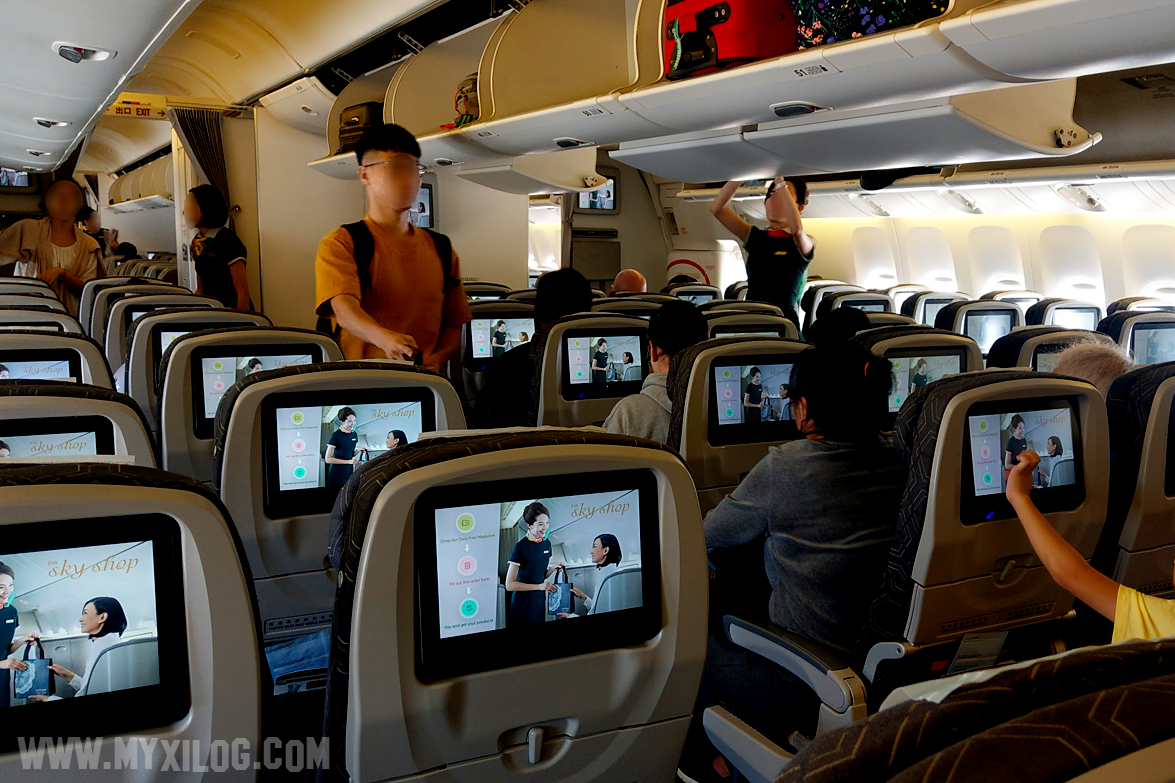 We've discovered this website called Expedia (this is by no means sponsored by the company) from a friend last year and in an instant, we gave it a try. That is also how we came across EVA Airlines. Not knowing about the airlines itself, we did not give it any doubt because of the cheaper seats it offers from Asia to Europe. It is a Taiwanese international airline based at Taoyuan International Airport, Taiwan.

What we like about them is that they have newer aircraft than the others we normally use. It is also commendable that they have wider and more spacious seats than normal. We liked the food they offer on the flights as well. No doubt they were awarded 5 stars in the airline industry. And with all these pros that I've mentioned, it is just amazing that they offer good deals with their air trips. It's just they have a limited array of entertainment and they have long stop/layover.

Another airline that we like is Etihad Airways, the second-largest airlines of United Arab Emirates. Because they are based in Abu Dhabi International Airport, they give us an equally divided and reasonable stopover from The Philippines to The Netherlands. That is, We also find that they have more and new movies on their in-flight entertainment (IFE). Our flights with Etihad mostly were one of the low-cost flights we can find online. Aside from that, we also receive milage points that we can exchange or redeem with some nice items from their website. The only thing that bums the entirety of the flight is the tight seats. I do not find any problems with it but those who are big-boned or corpulent passengers, it won't be very comfortable. (Side note: I like how they try to reduce plastic waste on their in-flight meals like using stainless steel utensils instead of the disposable ones. My eco-friendly ego is triggered. Haha!)

Also, we have the KLM Royal Dutch Airlines based at its home, Amsterdam (the national airlines of The Netherlands). Though they are a little bit expensive than the first two, it is one in our preference. One reason is that it is a company which we known for quite some time. The first time I flew with them was last 2015. I personally like the ambiance inside the plane because they use lively colors like white and blue. Not being biased because I love those colors but that factor adds to one's flight experience. Even though they are the oldest airline in the world, their airbuses remained following the newest trend there is. Sadly, they have stopped their direct flight from The Philippines to The Netherlands (which we practically prefer for ease of transit). Anyhow, they give good service with their experienced cabin crews.

And there you go. Here are the 3 airlines that we like to use when flying to Amsterdam. Lufthansa, Emirates, Turkish Airlines, China Airlines are among others but not in the top three.

Have you tried any of the airlines mentioned? How was your experience? We'd love to hear!

Hawker Chan: A Michelin-Starred Restaurant on its Cheapest!

Trying out different restaurants runs through my veins, but this one is actually one in my bucket list. Since I finished Restaurant Management in college, I am always attracted to finesse and elegantly made food. This calls on the French pastries, they have awesome cakes and bread, the Italian cuisine, makes me think of how they etiquette-ly try to spin those pasta in their forks just to shoot inside their mouths. Anyways, what am I saying was, it is my dream to eat in a Micheline star restaurant. It is not always every day that we get this fancy, but I was so blessed to have one inside the airport of Taiwan in Taichung.

I first heard of this restaurant name from a blogger few years back. I was actually wondering if I could have the chance to go to Manila (a few hours drive from home) to try it. And aside from the star that it has on its name, the restaurant was also branded as the cheapest one with this prestige status. Shocking right?

So when I first saw it, I was like, "This is the one!". I ordered this soy chicken meal with soup and greens on both sides. A perfect complete meal before departing the beautiful island of Taiwan.


Rice isn't as typical as the one we have at home. They have a very nice bubble texture and a little bit starchy. I love how the grains are bigger than normal. I think it's Jasmine rice. 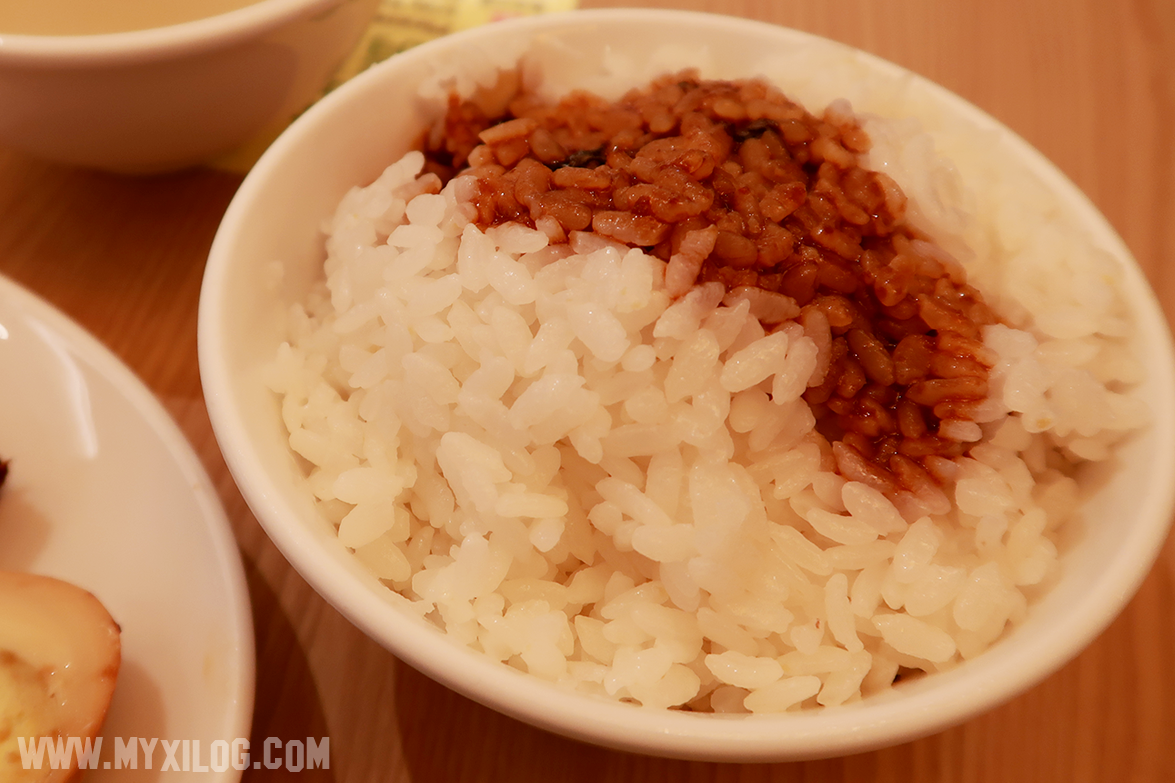 The chicken was so tender that no wonder it gained a good status in the food industry. I know that the one in Singapore is the one who got a star, but, is there actually a difference? They all look the same to me (as I look at the photos from other posts). 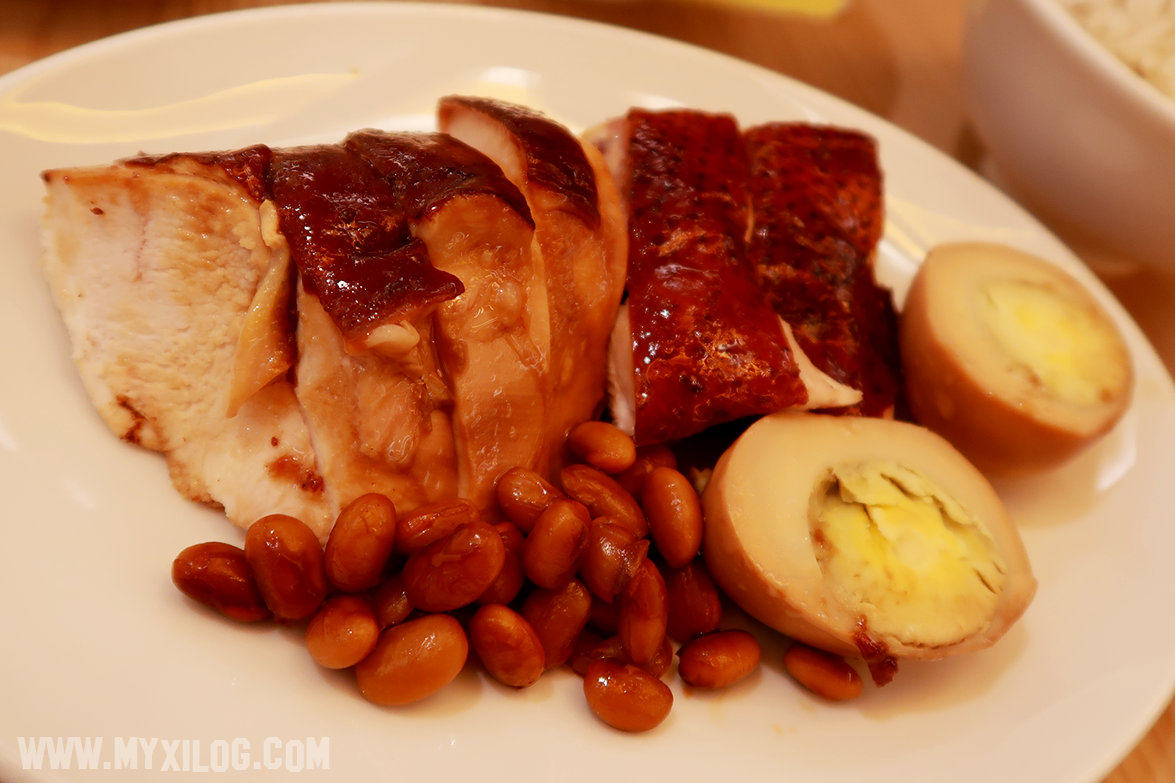 Chicken skin is not really my favorite part, but in this case, the chicken won't be complete without it. I don't know why but it added that extra smoothness and flavor to the chicken itself. Well, I think they're really meant to be eaten together. 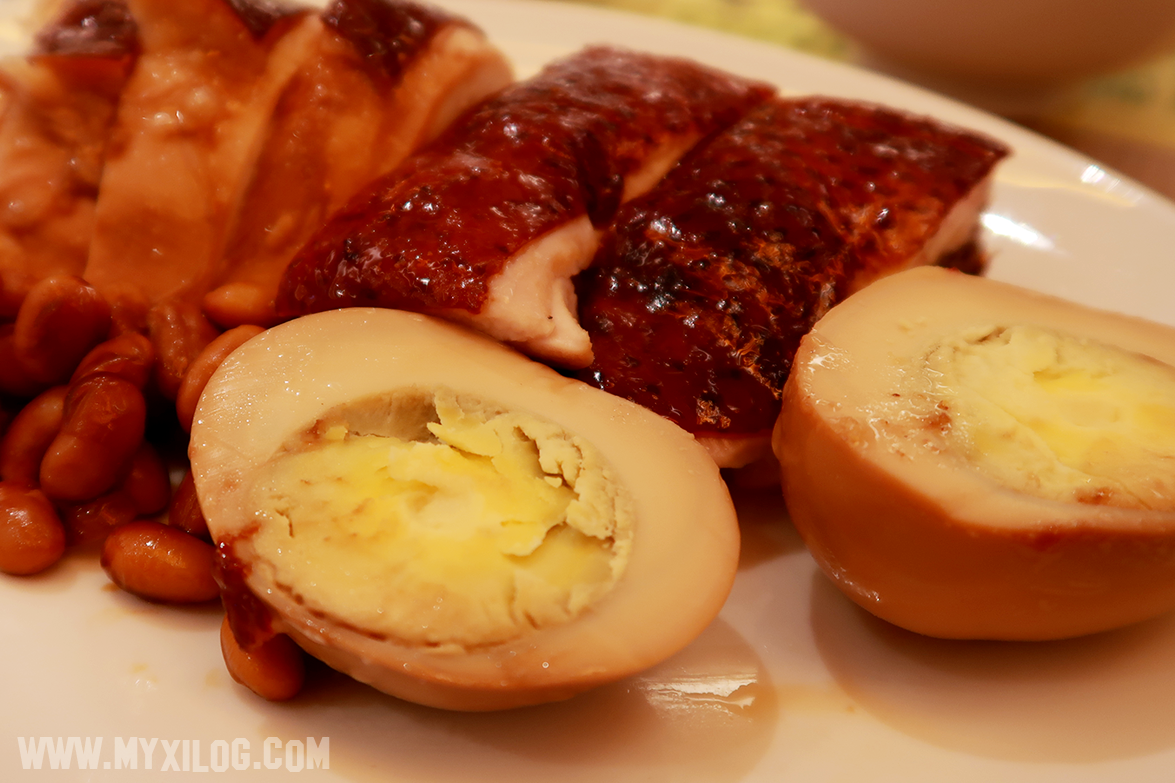 It was fun to see soy eggs in Taiwan as well. They were ordinary hard-boiled eggs dipped or soaked in soy mixture overnight. But that marinate already gave a huge difference, it was savory to eat.

I did not have any regrets trying the chicken of Hawker Chan. It was impressive that they can obtain such an award in the industry but not asking too much from the consumers.
1 comment:
‹
›
Home
View web version